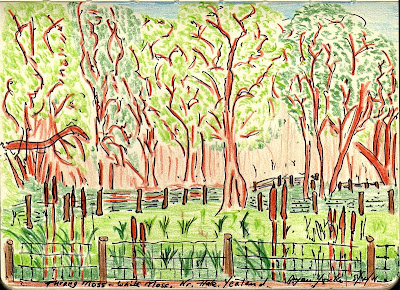 First job on arrival at Thrang Moss/ White Moss (0900-1040hrs) was to check out the "Toothwort" which is clearly this year two separate flowers being hosted by the nearby Hazel. Its obviously now past its best. Blackcaps seemed to be singing from everywhere, some within so close a distance that their sound was very much intermingled with other birds. Throughout I had 2 Garden Warblers, 7 Blackcap, 1 Chiffchaff and 13 singing Willow Warblers.

Also a distant Cuckoo was heard to the far South of the area, Mistle Thrush, Buzzards, a drumming Great Spotted Woodpecker and a yaffling Green Woodpecker.

From 1045hrs-1200hrs I was over at the closeby Yealand Allottments (entry from Storrs side).
There was lots of fine specimens of Early Purple Orchids throughout, tormentil getting hold well, and very suprised to find a early showing Pearl Bordered Fritillary male butterly, feeding on the tormentil. Also there were perhaps up to a score of Small Heaths about and the odd Green Veined White.

Willow Warblers and Blackcaps could be heard singing nearby. 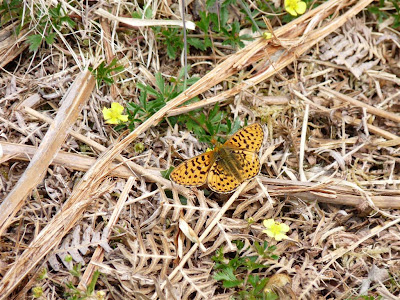 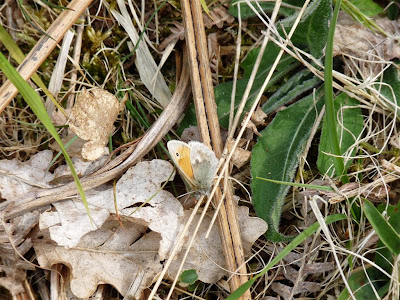