Must be two of Hutton Roofs Revellers 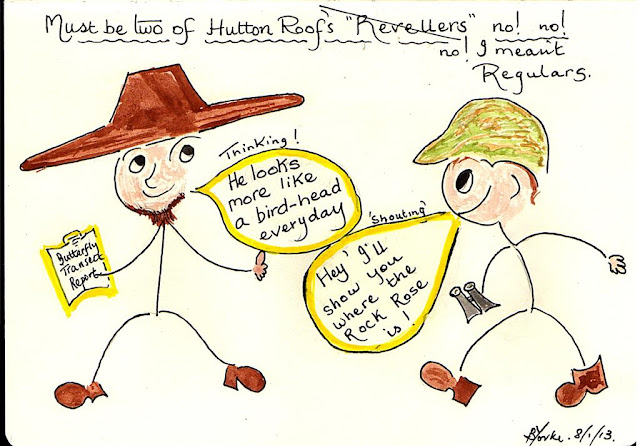 
Whats been happening?  well nothing much really, just odd bits and bats eg:
Late December Started to notice towards the end of December that the Snowdrops were starting to come through.

Between the 3rd January and the 6th January 2012, Lots and lots of reports about large skeins of Pink Footed Goose moving over from Norfolk and Lincolnshire heading west into Lancashire with reports of into thousands crossing over Brockholes on Sunday last.

5th January 2012.  Saw large Toad in Clawthorpe.  I dont normally start seeing them until about the third week into February.

6th January 2012.  Every morning over the past couple of weeks, during the hours of darkness (maybe about 0645hrs), There have been Robins singing their little heads off, up to three regulars) on Vicarage Lane, Burton In Kendal, noticed the songsters where all at various places where there was a "street light"