I guess what I found was seven little hedgehogs all curled up in tiny little balls!  but seriously I did not expect to see seven Lycoperdon echinatum's (or Spiney Puffballs) whilst out on my foraging.  Just at the top of one of the Crags in a shady place and all within a area of two metres of one another.

I also found these two below on Hutton Roof Common and I believe it is of the family "Amanita".  Not sure which variant it is, but was a true meaty specimen and probably measured something like 4" across the cap. And although these were flattened capped, there was also another one closeby which was of the same but of a dome shaped cap.

And here below are a couple of photos of the same fungi I found today up in Dalton Crags.  I can only presume it is of the Bolete family, probably Brown Birch Bolete. 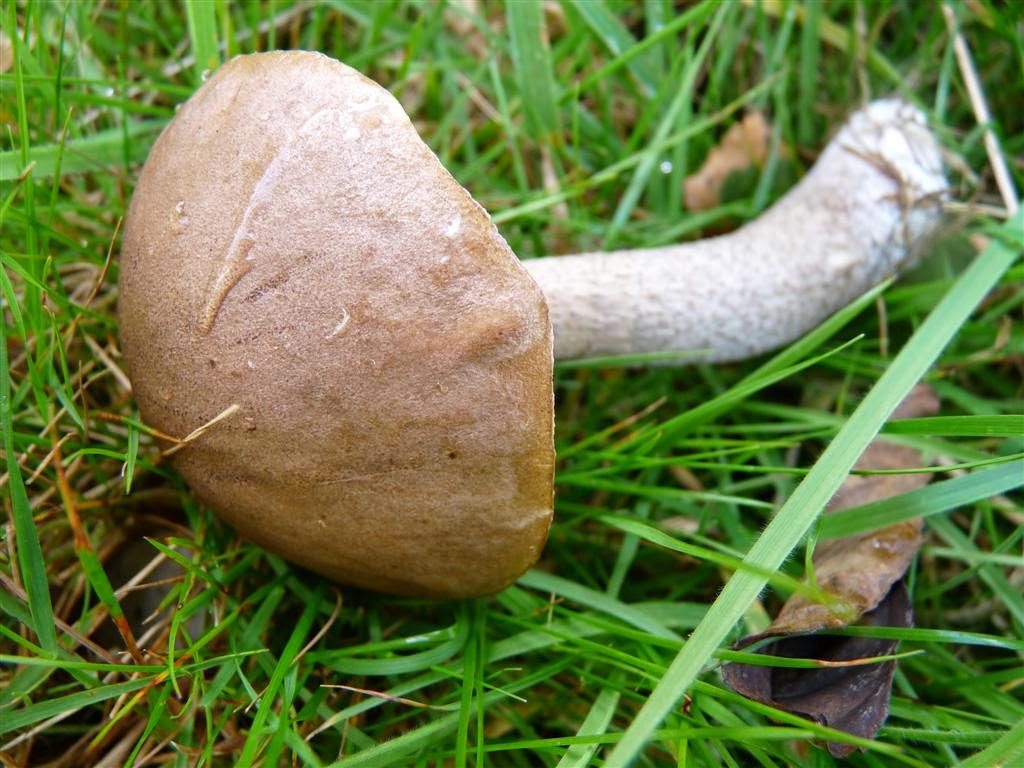 Latest News:
Monday 8th September 2014
Lots of interesting stuff on the birdscene.  Dalton Crags 0900hrs to 1200hrs.
A Chiffchaff in full song at Plain Quarry.  I was also getting Willow Warblers in part song last week on Vicarage Lane. There must now be at least 50+ Mistle Thrushes in the lower section of Dalton Crags.
In the open deforested area of Dalton Crags (top section) I had several migrants, a party of 3 Stonechats, 2 Lesser Whitethroats, 4 Goldcrest (one party), 10 Long Tailed Tit (could be local), also up to a score of Swallow going through, several Meadow Pipit and 3 separate Chaffinch going through, lots of Wrens and Robins.  A party of at least 50 Goldfinch enjoying the spent thistles. Also three Small Tortoishells and several Speckled Woods.