It seems to me to have been a cracking year with the Grayling butterflies which have been everywhere this year on Hutton Roof, probably the best year yet! Also this very morning (15th Aug 2016) I had a very washed out large Fritillary (Dark Green or maybe High Brown!) which seems very late, it was enjoying the sun and feeding on hawkweeds and ragwort.  Lots of Large Skippers about as well, also Meadow Browns, Peacocks and the occasional Red Admiral and several whites.

Up to yesterday we still had 19 Swifts (am) and a count of 11 by 2000hrs so they are still about, can only think they must be late brooders because most of our Swifts had left by 5th August which you would consider to be the norm.


Guess what?  I have managed to relocate the rare Pale St. John's Wort (Hypericum Montanum) in Dalton Crags, but not only that the really good news is that there are seven (new) seedlings with paired leaves or more all quite close to the parent plant, so hopefully in the next year or two we might just find more!

I keep checking out the scollies in hopes of finding another Crispum!  now then that really is asking a lot but you never know.  Yesterday whilst checking out some fabulous orchids I just had to call off and check how the Southern Polypody (Polypodium cambricum) are doing. Here below are a couple of photos of the state of play yesterday.

And here are a few more of the orchid beauties I have had in the last few days.  I thought best to track down Specimen Purpurea 15 to see how he is going on in his fourth year as I know.  So here is a photo from yesterday.

So thats Specimen No.15 which I have now been monitoring since 2012 and although in most years it will take on purple, just occasionally things start to go wrong like back in 2013 when you did not get any flowers at all, you just got a sort of television aerial made up of bracts with dried out buds which just dropped off.

Here is a little sketch back in 2013 I did which shows all the beautiful helliborines snuggled under this one particular tree, some turn out with purple, others are just like any other standard helliborines, although some also take on a reddish look.  But in 2013 for some reason five of the plants "aborted" before flowering. The last three years all has been OK.

I got a nice surprise yesterday morning when I went to check out Specimen 15 and the rest to find a love trio of plants facing the South West which have come through with Purpurea but the colours with strong leanings to Purply red.  Here is a photograph showing these little beauties:

I nearly forgot the other day whilst dropping down through Burton Fell I came out into the open fields and saw about ten large checkered dragonflies circling around and coming very close to me. I dont know what sort they where but really nice to see.  At first when I saw so many I thought they were on migration (like I have seen them over in India), but no they must just have been locals and perhaps just hatched or something.

The birdlife seems to have gone pretty quiet although I am still hearing plenty of Willow Warblers doing their "hou whit" contact calls, also occasional broken song Chiffchaffs.  Dont know whether there still local birds or whether they are birds passing through because migration has definately started. Also seeing Nuthatches (lots), Ravens, Jays, Long Tailed Tits, and quite a few Marsh Tits this year. You hear them more than you see them with their fabulous unique "Pishoo" call. 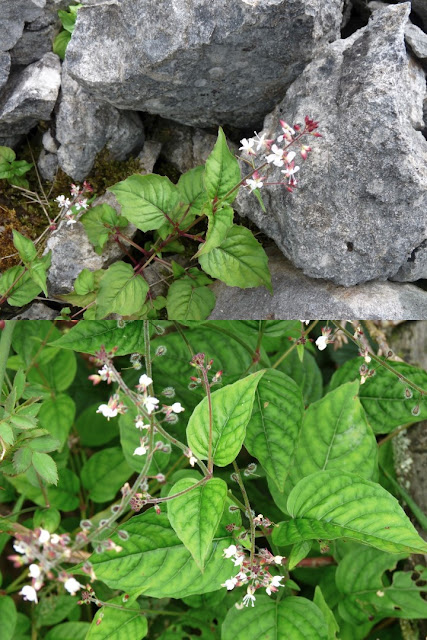 I guess thats it for me folks please enjoy....
Posted by Bryan Yorke at 15:03