A Parliament of Tawny Owls 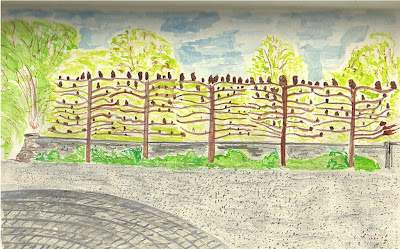 How many Tawnies do I see
All staring down at me
So many, like I've never seen,
perched high along that tree.

Thirty five, I've counted sir,
And that is just one row,
It is a Parliament debate,
Whats going on up there.

They say that "wisdom" is the key,
To what the owl says will be,
He will have thought both long and hard,
Before decisions are reached.

They’re going to vote,
By hoot or screech,
And late the hour will be,
He will have got the answer right!
From him,